The Memorial in the church lists 7 names of those who died in the 1939-45 war. Some have been traced through the Commonwealth War Graves Commission. Unfortunately far less information is available through websites because this war is more recent.

BURFIELD, Bernard John (though entered as 'Bernard S' on memorial): son of Joseph and Mary Burfield of Kenningham Hall. Died 13 February 1944 in Burma (now Myanmar) an buried in the Taukkyan War Cemetery. He had reached the rank of Major serving with the 7th Battalion of the 2nd Punjab Regiment - a British Indian Army Regiment that served with distinction against the Japanese. His father, Joseph Burfield MB, FRCS (1879-1970) was a surgeon at the Norfolk & Norwich Hospital. Bernard was born in 1912 and remained single.

KEDGE, Clifford Arthur, Private, No. 5776378 in Royal Norfolk Regiment, 4th Battalion. Taken prisoner of war by the Japanese. Died 13th October 1943, age 24. Buried in Chungkai War Cemetery, Thailand. The son of Richard & Eliza Kedge of Mulbarton, although he had married Clara Flint and moved to Bracon Ash.
From information researched and written by Martin Thurlow:
Hostilities in the Far East began on the 7th December 1941, when Japanese forces invaded Malaya and Thailand. The 4th, 5th and 6th Battalions of the Royal Norfolk Regiment served in the Far East as part of the 18th Infantry Division in the defence of Singapore and Malaya against the Japanese advance. Following the fall of Singapore on the 15th February 1942 at 12 noon, more than 35,000 British troops and 15,000 Australians were herded into a former British military barracks at Changi, on the North-east end of the island. Clifford Kedge's record card for British POWs (in Japanese) is preserved at The National Archives, Kew (see below).
This tells us that he was interned in Changi Prison Camp and remained there until the 21st October, 1942. He then left Singapore by train for a POW camp in Thailand, to work on the notorious Burma Railway known as the Death Railway. On the 15th August 1943; he was transported to the second barracks of the prisoners of war camp in Thailand (Thailand II 9626).
After months of what must have been a harsh period of slave labour at the hands of the Japanese, he fell ill on the 2nd September 1943, and was admitted to the Second Prisoners of War Hospital in the camp at Chung Kai Village, Kanchanaburi County, Kanchanaburi Province, Thailand. At 12:10 pm on the Saturday 13th October 1943 Clifford died of Malaria. He was buried in the Chung Kai Cemetery (VA37). Grave/Memorial Reference: 9.D.9 This cemetery is located on the same spot as the Chung Kai POW camp used during the construction of the railway line and the bridge that spans the River Kwai.

LAKE, Arthur William, Sergeant (W.Op/Air Gunner), RAF Volunteer Reserve, 191 Squadron. Died 3rd October 1943, age 22 and buried Karachi War Cemetery. He was a Wireless Operator on a Catalina IB flying boat - RAF Reg: FP117 - that crashed on take-off.
Arthur was born in 1921, the son of William & Blanche Mary Lake, and husband of Myrtle Christina Lake of Fundenhall. For his mother this was a second tragedy: she was born Blanche Mary Mackerell in Bracon Ash and married Edgar Smith, who was killed in WW1 and is commemorated on the Bracon Ash war memorial. The widowed Blanche remarried in 1920 to William Lake in Mulbarton. 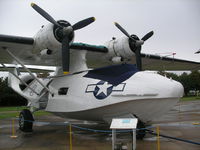 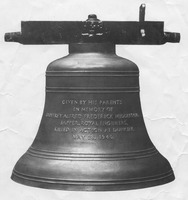 PARKER, George - almost certainly the man recorded in the 1939 Register as living with the Barrett family in Long Lane, Mulbarton. He was born in 1910 and was a carpenter.

ROWBOTTOM, (George) Anthony, son of George & Marion Rowbottom, Mrs Rowbottom being the Head Teacher of Mulbarton School. He was an Ordnance Artificer in the Royal Navy on HMS Indomitable (an aircraft carrier with the British Pacific Fleet involved in the libreation of Hong Kong). He died 23 June 1945, age 24, and is buried in Sydney War Cemetery, Australia. [Service Number: C/MX.623410]

Many other Mulbarton men and women served in the Forces during the 1939-45 war.

We would love to include more information and photographs of any who served or died in WW2 - please contact us.